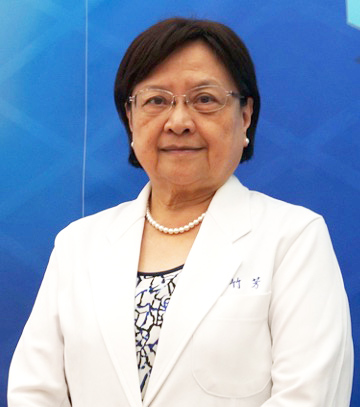 Chu-Fang Lo is a National Chair Professor at the Department of Biotechnology and Bioindustry Sciences, National Cheng Kung University (NCKU), Taiwan. She obtained her doctoral degree from the University of Tokyo, Japan. Prior to joining NCKU, Dr. Lo served as Dean in the College of Bioscience and Biotechnology, NCKU. Her research mainly focuses on diseases in aquatic animals, the identification and characterization of shrimp pathogens, and host-pathogen interactions in shrimp diseases.

Dr. Lo holds other responsibilities as Principal Investigator of the International Center for the Scientific Development of Shrimp Aquaculture, NCKU, which is a regional World Organisation for Animal Health (OIE) reference laboratory for white spot disease. Her research team has been instrumental in developing diagnostic tools for detecting viral and bacterial diseases in shrimp. Several of these diagnostic tools have been developed into detection kits which have then been commercialized through technology transfer. Dr. Lo also spent several years serving as Execom Vice Chairperson and Chairperson of the Fish Health Section (FHS) of Asian Fisheries Society (AFS), and in these capacities, she was involved in organizing symposiums on Diseases in Asian Aquaculture (DAA) as well as promoting collaborative efforts to control aquatic animal disease in the Asian region.

Dr. Lo has published 173 papers in peer-reviewed journals with over 50 of her published studies related to WSSV. Many of these publications are highly cited papers. The OIE recently conferred the 2020 Meritorious Award upon Dr. Lo for her lifetime of contributions to aquaculture. She has been certified as a national professor by the Ministry of Education, Taiwan, and is a recipient of the TECO award and an award for Outstanding Women in Science, Taiwan. Dr. Lo is currently establishing a smart shrimp farm in Taiwan that uses the latest technologies, including artificial intelligence and the synergies that result from installing solar panels over aquaculture ponds. 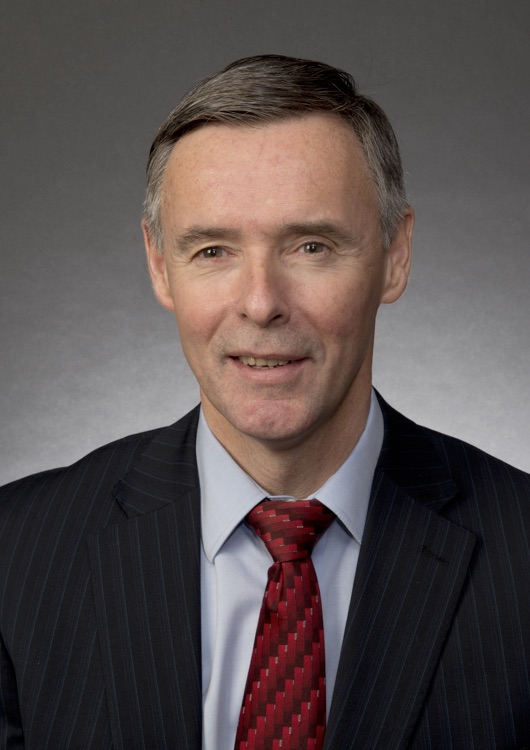 He was Regional Director General of the Maritimes Region in Halifax during 2015-2017. From 2013 to 2015, he was the Regional Director General of the Gulf Region based in Moncton. In these roles, he led the delivery of multifaceted programs of fisheries and ecosystems management, scientific programs, monitoring control and surveillance, infrastructure development and management.

From 2012 to 2013, he was the Director General of Fisheries Resource Management in Ottawa where he was responsible for the development and implementation of fisheries management regimes across Canada as well as the national licensing and catch certification programs.

He spent many years in the Conservation and Protection Division in various positions in Newfoundland and Labrador culminating as the program’s Director where he led the monitoring, compliance and enforcement program to protect Canada’s 200-mile exclusive economic zone and the international waters outside of the Canadian zone as well as the development of special investigative and forensic capacity. From 2008 to 2011, he was Regional Director of Fisheries and Aquaculture Management where he led a diverse range of programs and was successful in the implementation of a significant self-rationalization plan for the fishing industry.

He has significant experience in international fisheries negotiations and led numerous Canadian delegations in bilateral and multilateral forums. During his career at Fisheries and Oceans Canada, he has held 12 different positions in 4 different regions. He has a diverse knowledge of the fishing, aquaculture, and ocean industries including indigenous, recreational, commercial, and international fisheries. 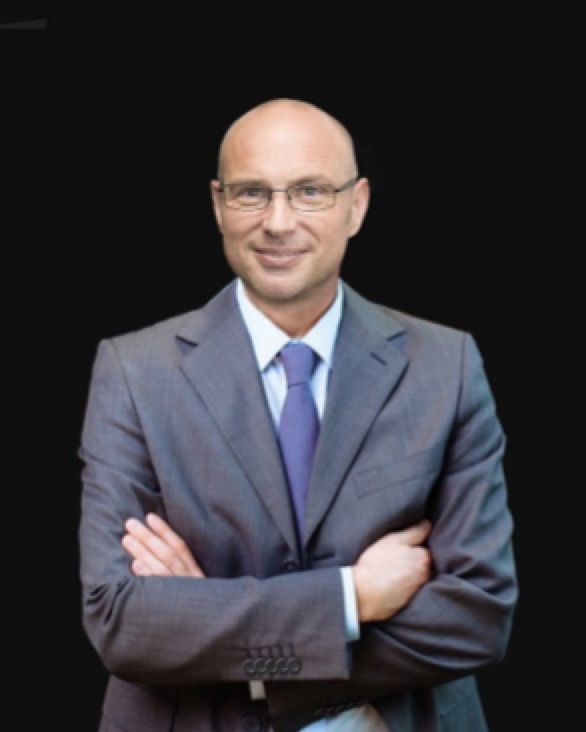 Shane Willis is a Director at the National Aquaculture Training Institute, and manages an aquarium specialty chain of stores in Australia. He has over 25 years of experience in the ornamental fish industry with key roles in the farming, export/ import, and retailing sectors. Shane graduated with a Master’s degree in aquaculture from the University of Tasmania and has worked as a faculty at the Australian Maritime College and University of Tasmania. He is also a visiting faculty at the Shanghai Ocean University, China.

He is the elected President and a long-term member of the executive board of advisors at Ornamental Fish International and actively provides consultant services to several industry, NGO, and government groups within Australia, the Caribbean, and Southeast Asia. He has spent many years working at the senior management level in the ornamental fish industry where he provided input on ornamental fish production, developed a quality management system, monitored international biosecurity, and ensured production quality.

His specific areas of interest are intensive production technology, quarantine, and biosecurity for ornamental fisheries, and he has presented his work in several national and international conferences. 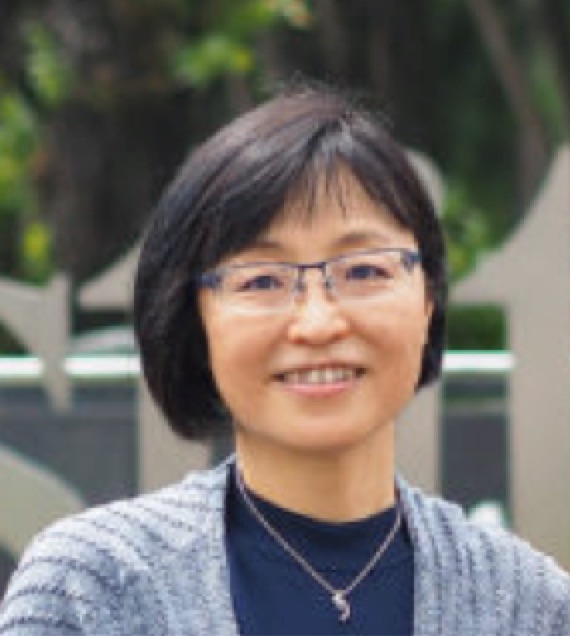 Kyoko Kusakabe is a Professor and program chair of Gender and Development Studies, Department of Development and Sustainability, Asian Institute of Technology (AIT), Thailand. She obtained her doctoral degree in gender and development studies from AIT. Her research mainly focuses on gender issues in the Mekong region, such as women in fisheries and aquaculture, gender and labor migration, gender issues in cross-border infrastructure development and investment. Her work mainly focuses on gender and work, particularly about labor migration, unpaid work and unpaid care work, and the informal economy, along with fisheries and aquaculture. She has worked in several semi-government organizations in Japan, non-government organization in Cambodia, and both international and UN organizations.

Prior to joining AIT, Dr. Kusakabe worked as a gender and development program officer at the Cooperation Internationale pour le Developpement et la Solidarite (CIDSE Cambodia). She also served as an advisor at the Integrated Rural Development Program, Svay Rieng, CIDSE Cambodia. She was a visiting professor at the Paris Institute of Political Studies, France, and a member of the Issue-specific Supporting Committee on Development and Gender of Japan International Cooperation Agency (JICA).

Dr. Kusakabe has published monographs, book chapters and papers in prestigious journals. She has also co-authored several books on gender analysis of labor migration and women in the informal economy. Her recent book was on Fisherfolk in Cambodia, India, and Sri Lanka: Migration, gender, and well-being, (Routledge). She is a co-editor-in-chief for the Gender, Technology, and Development Journal (Taylor and Francis journal).

She has been actively involved in many development projects on gender analysis, gender mainstreaming in organizations, and gender and enterprise development. Some of her current work focuses on women migrant workers under special economic zones and cross-border investments, social reproduction of migrant workers, and migration as survival strategies for fishing communities. 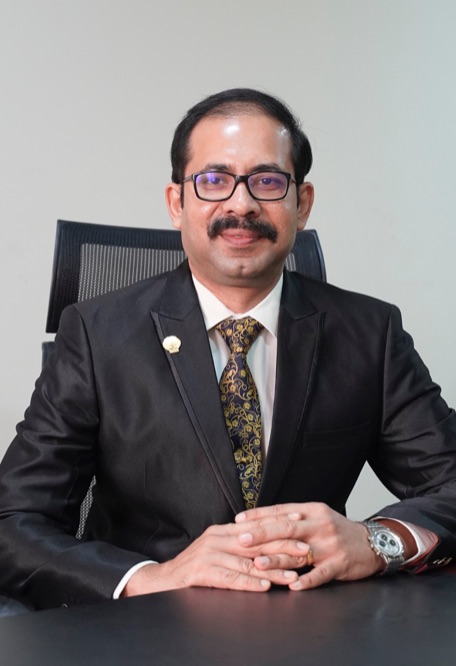 Dr. George is a Principal Scientist at CMFRI, India and is currently on deputation to SAARC Agriculture Centre, Dhaka, Bangladesh as Senior Programme Specialist (Fisheries), where he coordinates the fisheries and aquaculture programmes for eight South Asian Nations. He obtained his doctoral degree in Marine Science from the National Institute of Oceanography, Goa University, India. His research interests include fisheries oceanography, marine ecosystem studies, and climate change issues in marine science.

Dr. George has been active in teaching, research, policy, administration, academics, and industry related to fisheries and aquaculture for over 20 years. Prior to joining CMFRI, he worked with the Ministry of Education, Maldives, and as a Scientist at Central Island Agricultural Research Institute (CIARI), Port Blair, India,where he took up the additional responsibilities of the honorary coordinator CPR Environmental Education Centre, Port Blair and Juliet Massey Honorary fellow of the World Aquaculture Society. He also worked as a post-doctoral researcher at Plymouth Marine Laboratory, UK, specializing in fisheries resource management.

Dr. George has published his research work in high-ranking journals and has co-authored several books and book chapters related to sustainable development and climate change, reef biodiversity, and marine resources. He is the recipient of the Dr. Rajendra Prasad Puraskar award from the Indian Council of Agricultural Research (ICAR), and the Dr. Hiralal Chaudhury and Dr. Kulkarni awards from the Central Institute of Fisheries Education (CIFE), Mumbai, India. He has received 15 Best paper awards for conference presentations, including one during the International ‘Cage Aquaculture in Asia 5’ conference, organized by the Asian Fisheries Society, Malaysia.

He is an active scientific member in several fisheries-related societies such as the Marine Biological Association of India, the Society of Fisheries Technologists and the Indian Society of Fisheries Professionals. As coordinator of the prestigious Department of Science and Technology (DST) Jawaharlal Nehru Science Fellowship (JNSF) programme awarded to the late Prof. Trevor Platt, FRS, Dr. George established a bio-optics laboratory at CMFRI, India, where his ongoing project fellows and PhD students are working on different aspects of satellite remote sensing and marine bio-optics to study water quality and its relation to ecosystem health.